Does anyone play casual games? Of course everybody does.Every mobile game development company focuses all attention to design and develop mobile phone games as there is a big untapped market in casual gaming. In the past in this industry of mobile phone game development, a one-man iOS or Android developer army could produce a game masterpiece – but now the industry is out of reach of everyone, leave alone an one-man army, but also medium size players, as it is dominated essentially by very big giants in the industry with million dollar marketing plans. They are tightening their noose around most indie game developers ( iOS and android developer). Still there is hope, only if any one looks at Internet and web games for an alternative. It is a field free of hundred strong teams and gigantic budgets., a niche for small mobile app developers to enter. Casual free games,  is characterized by small session experience to a maximum of five minutes. Games like sodoku , 2048 Game, puzzle type of games, many free games, are best suited to casual game developers.

The casual game developer  has to occupy a space where one plays for a maximum of five minutes instead of hours together. What is needed at the most is a good fun concept like flappy bird, can be racing games, shooting games or farm games. If developer has solid fun concept, just to occupy a player for five minutes can do so and can relieve themselves of complexities that plague the major industries.

Even if you want  to build the bigger games, a common aspect of your work that potential employers ask about is your portfolio of functional prototypes and completed apps. In this respect, the ability to use pixel shaders and create epic story lines is sometimes secondary to the merits of having an extensive showcase of original, bite-sized and fun-to-play games  say an angry birds game!. Not only is casual gaming conducive to quick and easy prototyping, but it’s far easier to finish a game with few resources demands beyond the central game play dynamic!.

Even the big guns are doing it

Even the big guns are splitting and diversifying themselves that they are starting to establish a team just for developing casual games. Industry giants like EA and Ubisoft are also joining the small or casual game bandwagon and are trying to create casual games. That means casual game development is a viable market phenomenon.

Even Nintendo the famed console 3DS superstar is bringing in mobile casual games based on the Super Mario bros games etc. New Sam and Max series, Episodes, and Half-Life 2 games go to prove the fact that the public have just as much fun with gaming in more bite-sized chunks. Because of this fan following the big boys are getting quite serious about being casual, which further questions the perspective of indie developers who stick their noses up at doing small but fun casual games.

What about Game Assets?

Assets in Game Design:  Every video game is a rather complex package. The story must be developed, music and sound added and the visual aspects of the game must be designed and implemented. Everything else aside, developing the visuals is a complex problem. Of course a lot of advanced free game assets have developed in terms of level art, characters, props etc to ease the pain in assets game design

Try some of these best free apps below – android software download 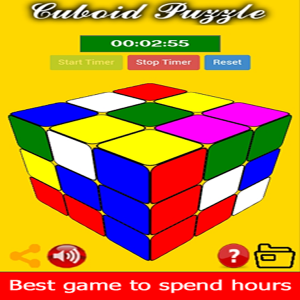 Heed my advice and ignore advice