Demonetization and UPI : What is this UPI thing?

Unified Payment Interface (UPI) – UPI App – UPI Payment: It is a payment system for two people to transfer money.
So it’s like NEFT/RTGS/IMPS?
Kinda, except it’s far more well defined and standardized across banks, which means you can initiate a bank account transfer from anywhere with a few clicks.

Users can pay/receive money value using Upay in mobile app. With Checkout form, collecting UPI payments is as easy as it can get.
In Upay exercise the mobile app will send a collect request to the customer on their Virtual Payment Address (VPA).
In this user will receive a mobile notification in their UPI app. Accept it and the payment is complete!
To make it further easy, not a single extra line of code is required for accepting UPI.

Unified Payment Interface (UPI) – UPI App – UPI Payment:That’s cool but how does it affect me?

UPI allows users to pay directly from their bank account to different merchants without the hassle of typing your card details, or netbanking/wallet password.

Does it skip the OTP prompt?

No. The 2FA is mandated by RBI, and is part of UPI. However, it uses MPIN as the 2FA instead of a One Time Password.

Never heard of an MPIN?

MPIN is given to the bank’s customer when they register for Mobile Banking support. Many people with net banking one already, but have never used it.

How is it easier than just using my Card?

Cards are a hassle to type on phones, and transmitting card data brings its own security problems. UPI bypasses all of these.

But won’t the merchant get my Bank Account Details?

UPI brings this awesome idea of “Virtual Payment Address” (Which look something like ‘razorpay@hdfc’).
Give merchant this address, and they can store payment details against this. They never even get to see your bank account number.

What if I switch banks?

Different banks will have different protocols for giving out these addresses, but they are considered to be revocable. So, theoretically, one can even generate one-time virtual payment addresses (similar to bitcoin) if payment service provider permits.

What is a Payment Service Provider?

UPI permits all banks to be registered as Payment Service Providers (Which means they can run bank accounts), but this scope can get wider and perhaps even include wallets.

How does this affect wallets?

Presently, wallets are not included in UPI at all. So, it is just a cross-bank transfer medium.
Hopefully, a lot of merchants will start accepting payments using UPI instead of plethora of wallets we currently have.
It makes sense to use bank account directly for payments.

How does it show up in my bank account statement?

It will show up as an IMPS Bank transfer to the merchant bank account.

Last week, Prime Minister Narendra Modi announced a new digital payments app named BHIM — Bharat Interface for Money — after Babasaheb Dr Bhimrao Ambedkar. It is for now available only on Android — so iOS and Windows mobile users are left out. The BHIM app is supposed to support Aadhaar-based payments, where transactions will be possible with just a fingerprint impression, but that facility is yet to start. BHIM is a digital payments solution app based on the Unified Payments Interface (UPI) from the National Payments Corporation of India (NPCI), the umbrella organisation for all retail payments systems in India. If you have signed up for UPI-based payments on your bank account, which is also linked to your mobile phone number, you’ll be able to use the BHIM app to carry out digital transactions.

BHIM will let you send and receive money to other UPI accounts or addresses. You can also send money via IFSC (Indian Financial System Code) and MMID (Mobile Money Identifier) Code to users who don’t have a UPI-based bank account. There’s also the option of creating your own QR (Quick Response) code for a fixed amount of money, which the merchant can scan to make the deduction.

In a mobile wallet like Paytm, Freecharge or MobiKwik, which you can send only to someone who is using the same wallet. But BHIM is UPI-based, and thus linked directly to a bank account. All the payee needs is a bank account. If this account is UPI activated, you can just ask for the payee’s VPA or virtual payment address, and make the payment to that account.

Note:This payment mode is valid for Indian customers only 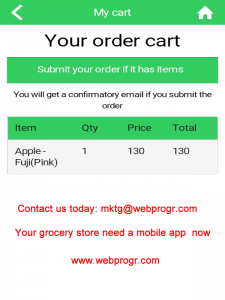